Home » Uncategorized » Welcome to the Jungle…

Welcome to the Jungle… 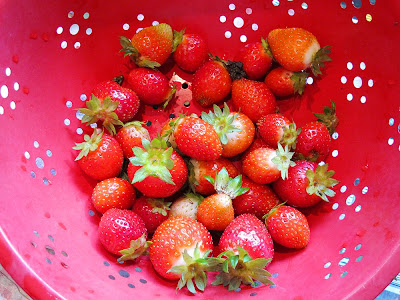 What a busy day the last of 2011 has been! I woke up this morning to a garden gone absofrikinlutely wild. When we arrived home last night it was raining and dark and I didn’t even look at the garden. I got up at 5am to get ready for work, and as I walked to the car, there was enough light to see the armageddon of the flora…it must have rained virtually non stop since we went on holiday because truly, you cannot imagine how out of control the lot was! The grass is long, the vegetables have all bolted and were standing in slimy bases…a heckofamess 🙁 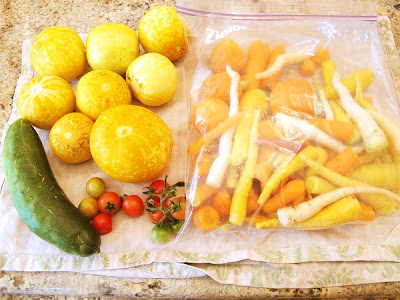 After doing the first round of the day, I came home to watch the kids, Gerry then going off to see patients. The child minder then didn’t arrive, so I couldn’t get back to the hospital because there was no one to watch the little cherubs 😉 , so essentially the day suddenly turned into an opportunity to start sorting out the mess…
I started yanking out bolted lettuce, basil, cauliflower, rotten peas, mildewed marrows etc… I worked for two hours straight and managed to get through about two and half boxes. As I went, I harvested loads of stuff. Surprisingly, there were remarkably few pests…I encountered one snail, 3-4 tiny slugs, a couple of chafer beeltes hiding in the soil and saw the evidence of a caterpillar’s visit in the shredded leaves of the cauliflowers…BUT, a lot of the plants were covered with powdery mildew. This doesn’t worry me as much…I’ll spray with Margaret Roberts’ Organic Fungicide…that will sort it out 🙂 When it started to rain, I took my pots of bounty in and started cleaning…I was most ridiculously pleased with myself because I tried to see what was happening on the potato front…since this is my first season of vegetable growing, I thought it would be a mess, but NO! I have grown grogeous, white, perfect potatoes!!!!! Whoo Hoo!!!!!! 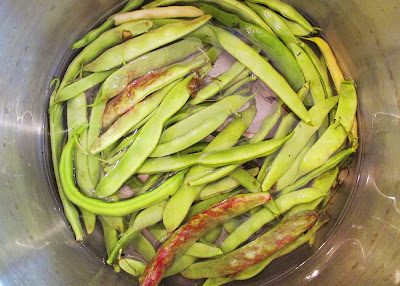 I will tell you this for free…seeing something a silly as a green bean growing, has made me feel like I am the gardener of the year! So easy, yet so self pleasing 🙂 I grew some yellow lemon cucumbers. They are the round yellow balls of prettiness near the carrots (yellow, white, orange and purple). They are really sweet and taste a bit lemony, and grew far better than the regular long green cucumbers. I have been amazed how lonnnggg it takes for a carrot to grow, it’s like growing a baby, I swear! 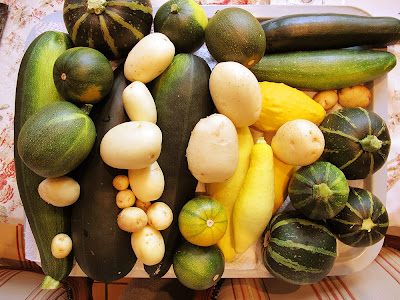 The marrows are ginormous…not yet sure in what and how I am going to put them to use…the yellow marrows are lovely and bright yellow, the squashes little zebra perfect balls and the strawberries fat and red…Tomorrow, I will see what else awaits. The boxes are so overgrown (can you believe? in just 12 days!), that I can’t get to the back ones easily, so I haven’t gone to see what’s happening there yet 🙂 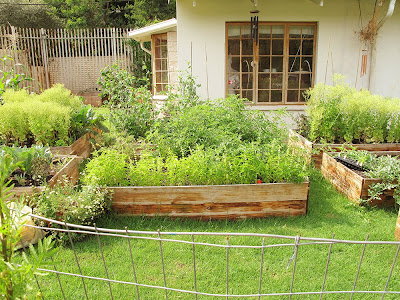 My poor fence has also seen the worst of the continuous rain…it has rusted badly…another thing my gardener will have to tackle when he comes back from leave…”gardener” , in this case is a very enthusiastic word…James is a great guy, a whizz at painting, carrying, helping… but really…green fingered he is not! He has been with us for long enough that I have worked out that it either grows by itself or it perishes.
I once found him carefully picking my newly sprouted seedlings , one at a time between two pinched fingers, proudly telling me he is ridding the garden of “weeds”…
In South Africa, you would now say “Eish!”…. 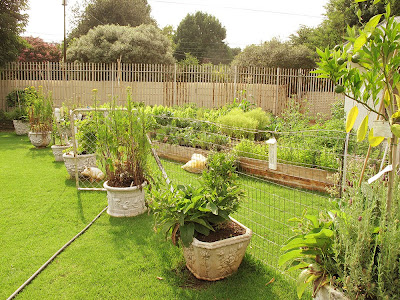 So what have a learned from my first season growing my own vegetables?
1. Plant less lettuce.
2. Plant less cauliflower.
3. Plant less broccoli.
4. Plant less lettuce.
5. Plant less lettuce….getting the drift here?
6. Companion plant!
7. “Little Finger” carrots taste the best.
8. Squashes have nasty , prickly thorns on every part of their anatomy…wear gloves!
9. Organic does work.
9. Always plant Borage with your strawberries…it WORKS!
10. You do NOT need eighteen different tomato varieties…just because they are pretty and different colours, doesn’t mean you cannot live without them…
11. Tomato plants get ginormous! Eighteen different varieties get even ginormouser!
12. SUCCESSION PLANT! The Holy Grail of vegetable gardening… (I haven’t even come close to getting this right…)
13. Potatoes and Horseradish are friends…good friends!
14. You cannot tell how big a carrot is from looking at the size of the foliage 🙁
15. Pick beans often or the plants stops making them .
16. Peas don’t like wet feet.
17. Everything grows much bigger than you think…planting hundreds of seeds in a square meter of earth (just in case), does not help…
18. Crushed egg shells prevent snails from eating your strawberries.
19. Plant rhubarb earlier next time, plant brocolli and cauliflower later…
20. When the recommended spacing for squashes and marrows is a metre, there may be a good reason for that…(my marrows are filling half the garden, and laugh at the pathetic box I tried to contain them in)
21. If I can grow stuff, then anyone can! 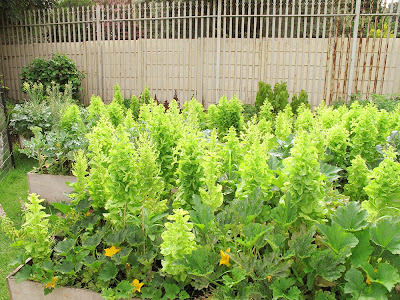 I must have done something right, because as I was yanking out bolted plants, earthworms the size of small snakes came out of the ground…this is a good thing isn’t it? They were as fat as my little finger! I suspect it will take at least a week of hard gardening to get the equilibrium re-established. Oh, that’s another thing I learned…your back will so not hold after two hours of bending over…get raised boxes! Hallelujah for raised vegetable beds! 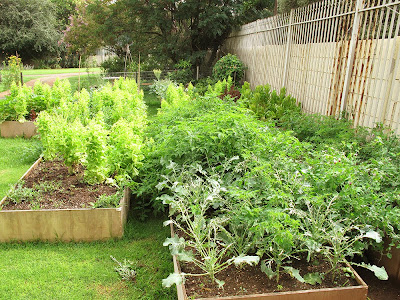 Tomorrow, I am hoping to take the girls to see Sherlock Holmes 2…have any of you see it yet? Is it as awesome as I suspect it’s going to be? I am a huge RDJ fan, so I can’t wait! 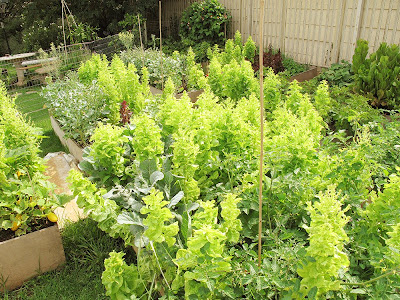 I am now going to have a nice warm bath to ease my poor gardening back, and read some more of a new Kindle book I downloaded…it’s called “Killer Instinct: Charlie Fox Book 1” by Zoe Sharp…so far it’s excellent! It’s a kind of girl Jack Reacher type novel…Charlie Fox is actually a woman, and of course, she is just as cool as ‘ol Jack (I am a card-carrying, certified Jack Reacher groupie…). It’s getting interesting …

Have a wonderful (and safe) New Year everyone!
♥Heidi