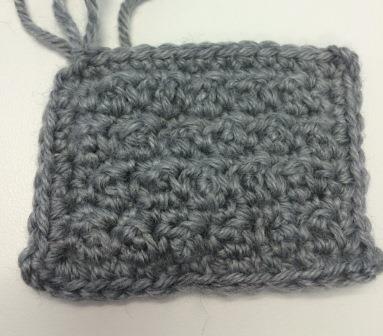 Welcome back to the Checkerboard Textures Throw Crochet-Along! This week we will be working on the Raised Crochet Treble Square (LW4132-5), which you can find here. This is the 6th square posted for this challenge; the links to the previous weeks are listed at the bottom of this post.

Also, join us on Facebook to enter for a chance to win a Red Heart Yarns prize pack ($125 Retail Value) to go along with our Checkerboard Textures Throw Crochet Along. Please fill out the short entry form with your name and email address. We’ll be choosing a new winner every two weeks!

We post pictures of how to do each stitch pattern and crochet a very small sample as an example. Use the stitch counts in the actual pattern to make the square big enough for an afghan.

The texture in this square is subtle and is done by alternating single crochet and treble crochet stitches within the same row. Let’s get started! 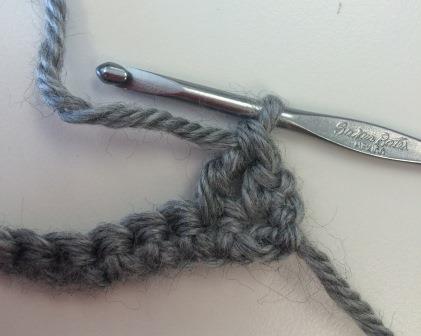 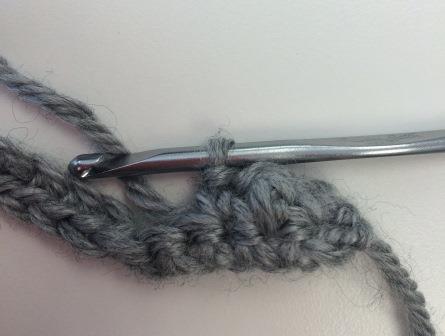 Continue alternating single and treble crochet across the row, ending with a single crochet. 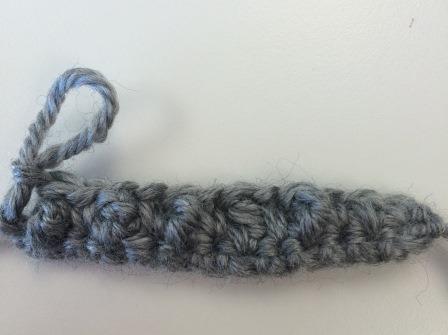 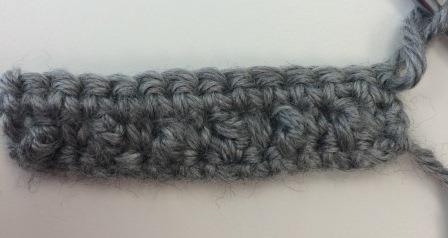 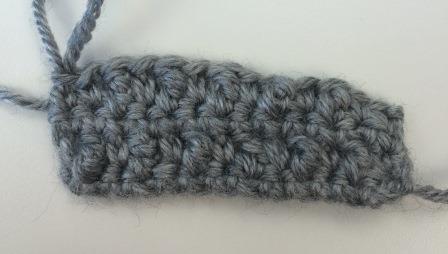 For Row 5, copy Row 3 and do a regular single crochet row.
Continue doing Rows 2-5 seven more times, and then do Rows 2 and 3 again. You’ll end up with a square with a textured surface from the treble crochets sticking out. 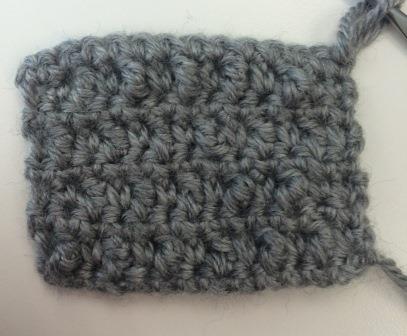 The idea behind the border for this square is the same as the previous squares — single crocheting all around — but getting the right number of stitches down the sides is slightly different since there are a different number of rows in this square compared with previous textured squares.
After your final single crochet row, do not turn and do not fasten off. Single crochet down along the side of the square, across the opposite side of the foundation chain, up the other side, and finally across the top of the square before ending the border with a slip knot and fastening off.In each corner stitch you’ll do a single crochet, chain 3, and another single crochet to make the corner lay flat.

To work the border evenly so you have 33 sc evenly spaced along the side edges, the designer recommended marking each end of Row 18. When you do the sides, single crochet into the ends of the rows, but skip the first row (Row 35) and the marked row (Row 18) and you’ll end up with a border matching the borders of the previous squares.
And it’s complete! Join us in two weeks on April 16, 2014 for the next square in the crochet along.