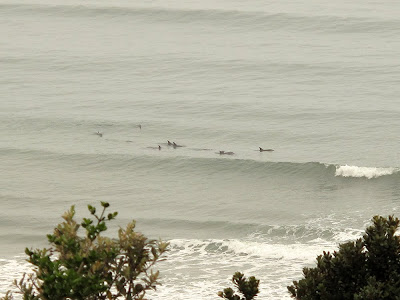 We had supper with friends (15 of us!) at our house last night. I haven’t seen my dear friend Debbie (who lives down the road from us) for a few months, so I was looking forward to catching up. Gerry, the kids and myself went into town for some basic supplies, and arrived home around 4 o’clock, which was when my Woolies groceries order was supposed to be delivered. As it turned out, the delivery arrived at 7 o’clock, with me trying to juggle kids, cooking and a slew of phone calls from the hospital…it was like being in the Twilight Zone, I swear! Thankfully Debbie chatted to some of our other guests and by the time we all sat down for supper, things were more under control. As it was such a late night, we slept late, and woke to a warm but misty ocean, calm and glassy. This is generally the weather the dolphins like, and sure enough, huge schools swam lazily by…
The dolphins are a regular feature along our bay…you can ususally see them early morning and around 4 in the afternoon. They swim quite close to the breakers, and if you are brave enough, you can either swim amongst them or paddle on your paddleski between them. 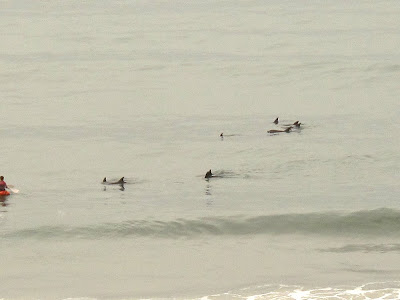 Our bay has a lot of sea life. Whales are frequently spotted, albeit further out obviously, and occasionally Killer whales are spotted as they travel up the coast.
Within an hour the mists had disappeared, giving way to a glorious calm, sunny day. Gerry went out to swim early on, and I suspect that the girls will head down as soon as the little potatoes are awake from their late night! 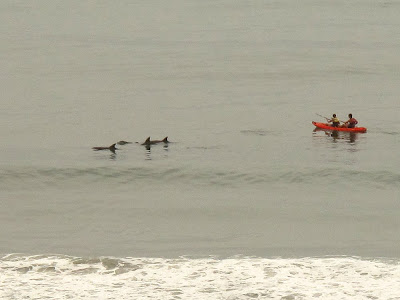 I received a lovely email from Tania (who lives in Russia), sharing her beautiful African Flower Bear (who she has named Martin) with me. I asked if I could post her photos to show you all how adorable the little bear turned out. I really love the colours and the sweet expression! You are so talented Tania, thank you for sharing 🙂 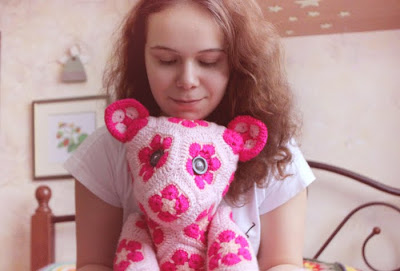 If you have made Lollo bear and would like to show some photos of your creation, post the photos on the Projects page of the Ravelry pattern. This way everyone who accesses the pattern page on Ravelry can see them 🙂 I would love to see all of the bears you have crocheted! 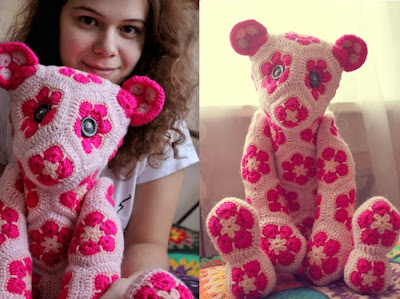 I have recently discovered Knit Companion for iPad. This is an App available through iTunes, that allows you to set up and organize any PDF based knitting pattern on your iPad. It is a fantastic tool, as you don’t need a paper copy at all. You can add row counters, repeats, different sections at a time of your pattern, as well as pictures, charts , lifelines and stitch markers…all on the iPad! Awesome stuff folks! So you only need your needles and yarn and your iPad and you are set to go. They have a very useful video tutorial guide on how to set up everything, so it’s easy and user friendly. I cannot recommend this App highly enough :)….and No, I am not paid by them to say these things 😉
The App costs $15.99, but before you balk at the price, let me asure you that I think it is worth every cent! You can download all your Ravelry Patterns and convert them into easy to follow Knit Companion patterns….it’s the best knitting App I have ever bought…. 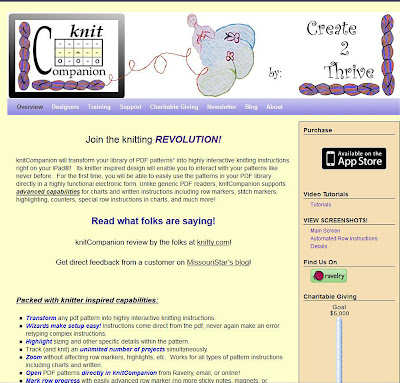 The App comes with several awesome patterns form well known designers, so you can start playing (and knitting 😉 ) straight away…

Have any of you bought Knit Companion? Let me know what you think!