Cold Processed Soap…lessons learned and a Tornado comes to town 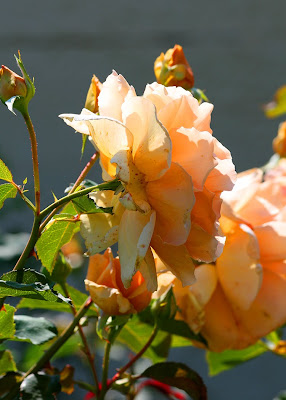 Summer is now here in full force, with flowers blooming and bees a-working! The garden is super-green after several days of rain, and a serious thunderstorm that sparked two tornados…yes, you heard right folks!…tornados! Now, many people will be blase’ about this, living perhaps in areas that see tornados a-plenty, but I tell you…tornados do NOT happen here where I live in SA! Little dust devils and small whirlwinds maybe…but a full scale tornado…no. So, when the wind started blowing so hard that I thought our roof would bid us farewell, I wondered what the heck was going on. Next morning, I hear about the tornado that devastated a region about 20km from our home, and couldn’t imagine what kind of wind speeds they must have experienced! I really feel bad for the poor people who have had their homes destroyed. There was a second tornado in a nearby Province (equivalent to a State in the US), that sadly killed a young child. 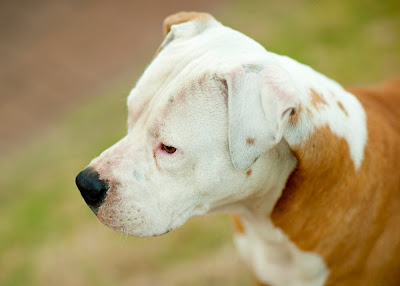 The garden has been annexed by large flocks of birds, probably due to the magnetic power of the fruit and vegetables, and despite the presence of a large and ferocious (not) canine, they are unperturbed. I have been forced to put bird netting around the strawberries and fruit trees…have no idea what I am supposed to do when the trees are big… for now the produce is safe 🙂 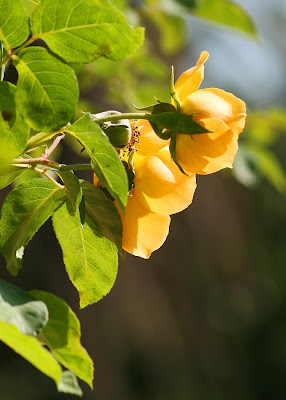 The roses are blooming, irises rising up like soldiers and the lavender is truly spectacular at the moment…Spring is just wonderful! 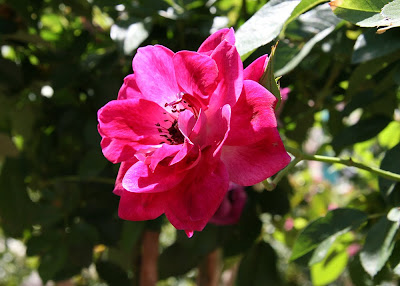 My sister came over several times over the last few days, and we made loads and loads of cold processed soap. We are totally smitten with new art! Making cold processed soap is really, really easy, as long as you take a heck of a lot of care with safety and the caustic soda handling. I have spent ages on the net, researching all that I could lay my hands on regarding the difference between what I call “real” soap, and the stuff that you can buy in the supermarket. I must say that I am horrified at what goes into most “soaps” that you get on the shelf…really there isn’t much by way of actual soap in many of them. And the additives are generally not things that you want on your skin…. so from here on, we will only be using the real deal soap!

I played around with some recipes, using different oils and have come up with some interesting variations on the olive/coconut theme. Take NOTE folks…if you vary your oil content, YOU MUST run everything through a lye calculator! MUST! It’s not optional! The one I used is SoapCalc, very user friendly. You can combine any number of oils, and have the recipe printed and saved.
In my journey of soapy exploration, I have picked up some tricks and learned some things that I didn’t have a clue about in the beginning. Perhaps these seem like silly inconsequential things, but I am going to post them anyway…maybe someone will be inspired to make some homegrown soaps 🙂 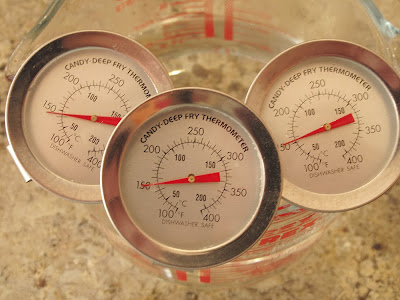 1. Not all candy thermometers are created equal. It may seem like nit-picking, but I picked up a difference of between 5 and 7 degrees between readings on thermometers in the same liquid. So I checked which were the closest in temperature, and paired those for the soap making. You need two thermometers…one for the oil pot, and one for the lye glass container. Ok… so you say, “Will such a small difference have any impact on your soap?”…dunno people, but I am too type A to see this and just ignore it… 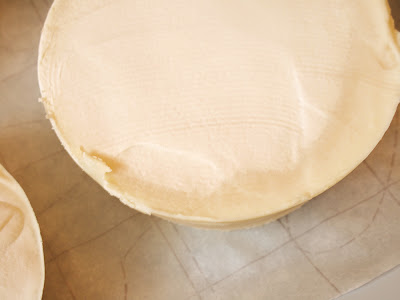 2. Soap Dust/ Soap Chalk/ Soap Ash/ Funny white residuey stuff stuck on one side of my beautiful soap….what the heck?

Hmmmmm…..so here I made my first batch of soap and was as proud as a new parent, when Lo! and Behold!…I see that as it dries, a film of white, chalky stuff starts to appear on top of the soap. At this point, the soaps were still in their silicone moulds. When I gingerly touched it, it was hard and dry, but friable and easily scraped off with a spoon. What is this? After reading what felt like thousands of web pages, here is what I have come to conclude…

This is called Soap Dust (amongst many other terms), and happens when a saponifying soap is exposed to the cold air. It doesn’t seem to happen on the sides of the soap that was still in the mold, only on the bit that you could see . There appear to be two schools of thought: first, this stuff is dangerous and caustic, and you musn’t tolerate it on your soap, or secondly, this is exactly the same thing as soap, just a different form, and is safe to touch and use, if a little unsightly. Goodness know! I reckon I am in the second camp: I used the soap for bathing for two days now, and I am still alive and well (and it must be said, feeling pretty smug at how good my skin feels 😉 ). So then I though…ok…if it’s caused by the air contact, I can stop that by putting some cling wrap over the soap after I poured it into the moulds. And it worked!!! The subsequent batches of soap were duly cling-wrapped and NO soap dust appeared anywhere….so me feeling very smug indeed! Below you can see the pretty, adorable little dust free soapling, after the cling wrap has been removed. 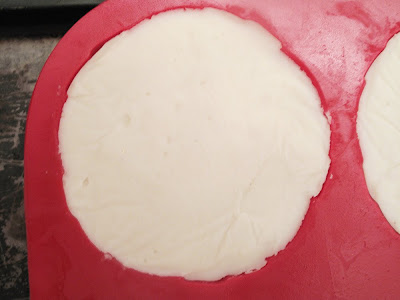 When you see the two soaps next to each other, you can clearly see the difference… 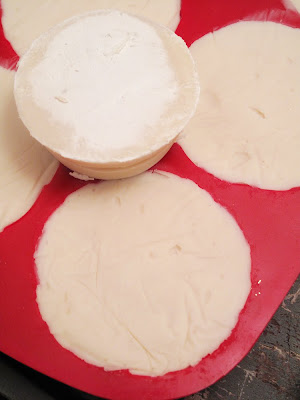 The soap dust is really easy to remove, if you don’t want it on your soaps…just rub it off or cut /scrape off with a knife 🙂

3. Handheld stick blenders rock! Just don’t gas the Nitro! My first batch of soap was made using a steel whisk , a strong arm, and the patience of Mother Teresa! I am (ashamedly!), no Mother Teresa, so this became tedious very quickly! Enter the Blender! This thing is superfast 🙂 But be careful…if you use the turbo speed, you will go from water consistency to brick in 10 seconds! Just blitz the blender for 5 seconds or so, then stir, then blitz, then stir, and so on… You really can get to trace in about a minute. If you over blend, you end up with stuff that you have to push into your mould, using a steel instrument! Gently does it…

4. Adding an essential oil at trace, can cause your mixture to seize (or turn into a messy, rock hard, lumpy catastrophe!) So what you should add and in what quantities, seems to be a matter of trial and error. It appears that any alcohol containing additives, will cause your mixture to get to trace faster and /or cause it to seize. I made a batch of soap today, and let it get slowly to trace, and then hand stirred the Chamomile essential oil in…it was all ok, but because I had made a 2kg batch, by the time I was filling the last mould, it was quite thick again (I think this may have been because the temperature dropped), and I had to use a spoon to flatten the mixture a bit. 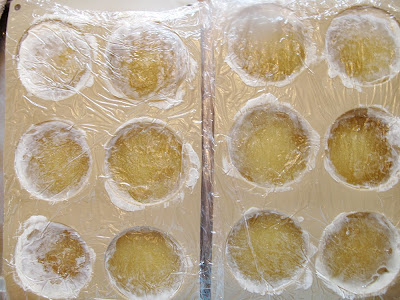 5. Gelling
This was quite a worry for me, and I spent some time trying to track down what this was and why you should /or shouldn’t do this. When soap has just been placed in your moulds, it is still hot and the process of saponification (Lye/Caustic Soda turning the oils into Soap and Glycerin), generates even more heat. Some people like to insulate the soap by covering the moulds with blankets etc, to keep it warm for longer. From what I read, this seems to speed up the process of Saponification. If you take a peek, you’ll see the soap become transparent from the middle to the outer edges as the heat and reaction continue. I made one batch gelling it, and another without. The only conclusion I came to was that the gelled soap was darker in colour. Several online sources, stated that your soap has undergone 99% of it’s saponification at about 48hrs give or take. Over the subsequent weeks, as it cures, the last little bit happens, and supposedly the soap become “milder”… I was way too impatient and used my first soap batch after about 60 hours. It was absolutely fine and my kids and family have been using it too, with only good things to say about it! 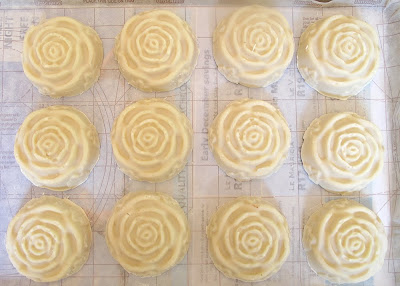 Next, I have got to try making some kind of soap with milk in it…any tips?